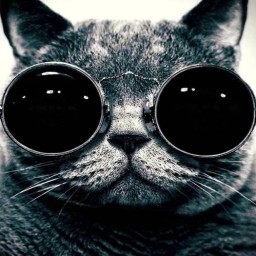 Horology is the study of the measurement of time. Clocks, watches, clockwork, sundials, hourglasses, clepsydras, timers, time recorders, marine chronometers, and atomic clocks are all examples of instruments used to measure time. In current usage, horology refers mainly to the study of mechanical time-keeping devices, while chronometry more broadly includes electronic devices that have largely supplanted mechanical clocks for the best accuracy and precision in time-keeping. People interested in horology are called horologists. That term is used both by people who deal professionally with timekeeping apparatus (watchmakers, clockmakers), as well as aficionados and scholars of horology. Horology and horologists have numerous organizations, both professional associations and more scholarly societies. The largest horological membership organisation globally is the NAWCC, the National Association of Watch and Clock Collectors, which is USA based, but also has local chapters elsewhere. https://en.wikipedia.org/wiki/Horology

It's no secret that Rolex watches, generally speaking, increase in value. Some more than others. Here are five that you should consider. The new Pepsi Rolex (ref. 126710) is virtually unattainable, but Rolex Pepsi models, no matter the decade of production, go for well beyond their original retail price, so even if you can’t get a new one, a vintage model is still a great investment.

The Pepsi nickname refers to the red (day) and blue (night) color scheme, reminiscent of a Pepsi Cola can.

Rolex re-engineered the Jubilee bracelet for the revamped Datejust 41 model a few years ago. A long-time comfort and luxury oriented option, the Jubilee now had more built-in solidity and strength, therefore making it worthy once again of a professional application. For the 126710, the bracelet features brushed outer links with highly polished centre links, which create a very premium-looking two-tone effect. Adding to the comfort and security of this bracelet is the flip-lock clasp as seen on previous GMT and Submariner models. It operates with the bank vault confidence you would expect and integrates the extendable Easylink bracelet extension for those hot and humid days. All said, the Jubilee integrates very well with the GMT concept. The Rolex Daytona (ref 116500) introduced in 2016, was the first Daytona to feature a Cerachrom bezel, a patented Rolex ceramic material resistant to both scratches and ultraviolet rays.

Prior to this Daytona release, the model had not received a major update since 2000, when Rolex began equipping it with its first in-house movement, the caliber 4130. It had previously come with a Zenith-made El Primero movement, which Rolex had used since 1988.

The central sweep second hand allows an accurate reading of 1/8 second, while the two counters on the dial display the lapsed time in hours and minutes. Drivers can accurately map out their track times and tactics without fail.

Rolex's Oystersteel belongs to the 904L steel family, alloys most commonly used in high-technology and in the aerospace and chemical industries, where maximum resistance to corrosion is essential. Oystersteel offers an exceptional finish once polished and maintains its beauty even in the harshest environments. The Rolex Submariner is a classic in the Rolex roster and one that has been gaining in popularity even in the midst of Daytona mania.

It’s still regarded as  the quintessential Rolex and can sometimes be difficult to buy. Even in the secondary market, they frequently sell for over retail.

Launched in 1953, the Submariner was the first divers’ wristwatch waterproof to a depth of 100 meters (330 feet). In watchmaking, the Submariner represented a historic turning point. It set the standard for divers’ watches.

Today, it is equally at home in the boardroom as under the water. A superb piece of jewelry that increases its value over time. The Ref. 6241 Daytona is known as the John Player Special because of its black-and-gold coloring that looks like the livery of a 1972 Formula One car sponsored by cigarette maker John Player & Sons. The 6241 was manufactured prior to the ’70s between 1966 and 1969 and less than 300 examples of the model in 18-karat yellow gold were ever produced.

If you’re just beginning to collect you’re likely not going to start with this million dollar baby. If you’re already looking ahead to the future however, this could be one of your end-goals in Rolex collecting. The Skydweller Ref. 326934 is a watch that has picked up in demand over time and is now one of the hardest to get hold of.

It’s also selling for double its original retail price,and there’s fewer of them popping up in the secondary market because clients are holding onto them.

The launch of the Sky-Dweller in 2012 caused quite a stir. Rolex registered the name before Baselworld, but no one knew anything about the new model.

Speculation anticipated a progression of the GMT-Master II. Instead Rolex came out with its first entirely new watch in two decades. One that featured dual time zone displays as well as an annual calendar.
Unlike the GMT-Master, the Sky-Dweller was designed for business travellers. What made the new model so ground-breaking was that it featured a complicated movement. The all-new caliber 9001, which today remains the most complex ever developed by the brand.