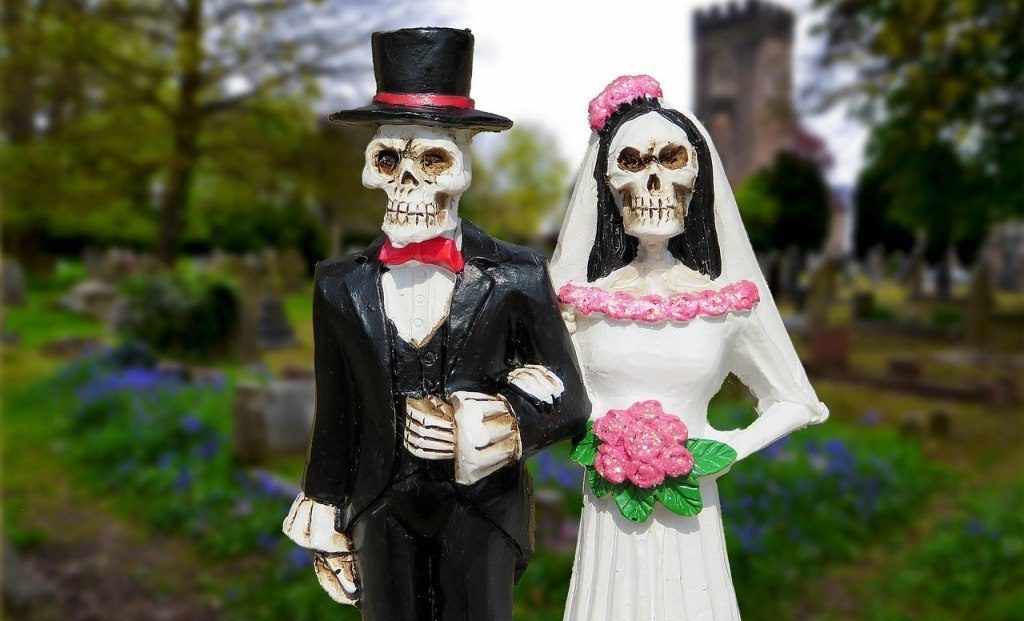 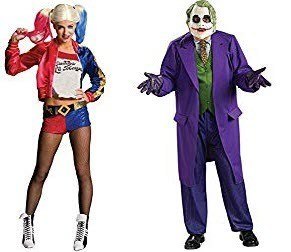 The Joker from Batman and Harley Quinn, the Arkham asylum's resident psychiatrist may have a complex psychological relationship, but there's no denying its underlying sexual tension.

The same goes for Batman and Catwoman, Belle and the Beast and even Peter Pan and Tinker Bell.

So while a fancy dress Halloween party is a great opportunity to let your hair down and have fun, let's admit that it can also breathe new life into the sexual relationship with your significant other. So which couple will you choose to be? What will reflect your personalities? Check out Halloween Costumes for Couples. 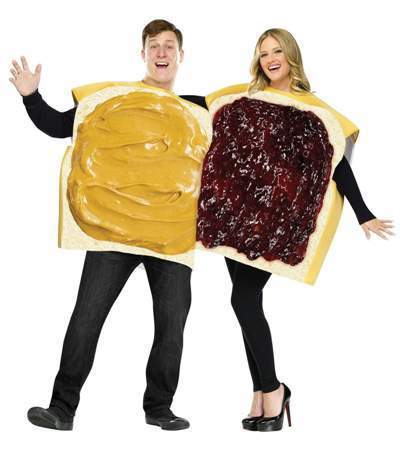 Don't be fooled by those innocent looks. They'll be making a peanut butter and jelly sandwich later.

You'll find this one in Halloween Costumes for Couples, along with

There are plenty of couples there to fire your imagination and impress the other Halloween party guests at the same time. 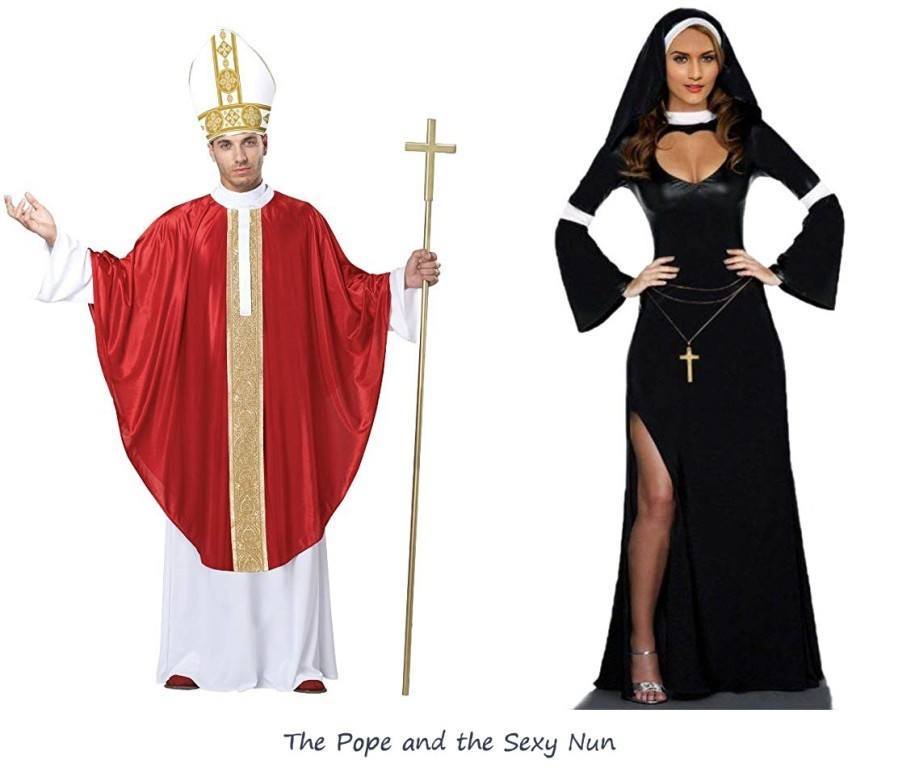 If you've got some broad-minded Catholic friends, they'll be both scandalized and falling over themselves laughing at the Pope and the sexy nun Halloween costume for couples.

You'll need to be a bit brave for this one, but it might lead to after party action that could be, well, almost a religious experience.

Meanwhile, Down at the Precinct 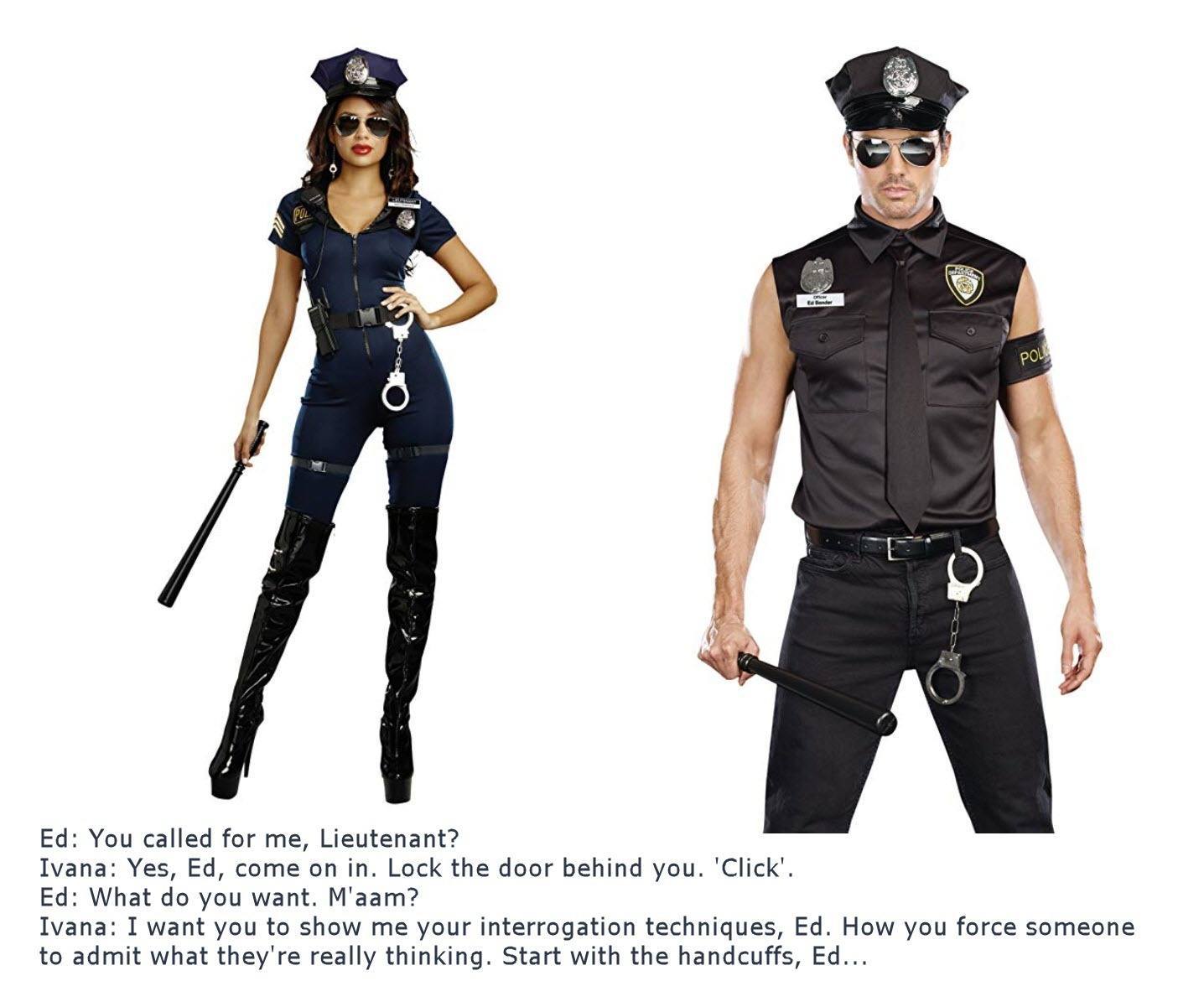 Ivana and Ed are just one of the couples on my Halloween costumes for couples page.

Check out all the costumes at Halloween Costumes for Couples

About the Author Funky Cool Cat